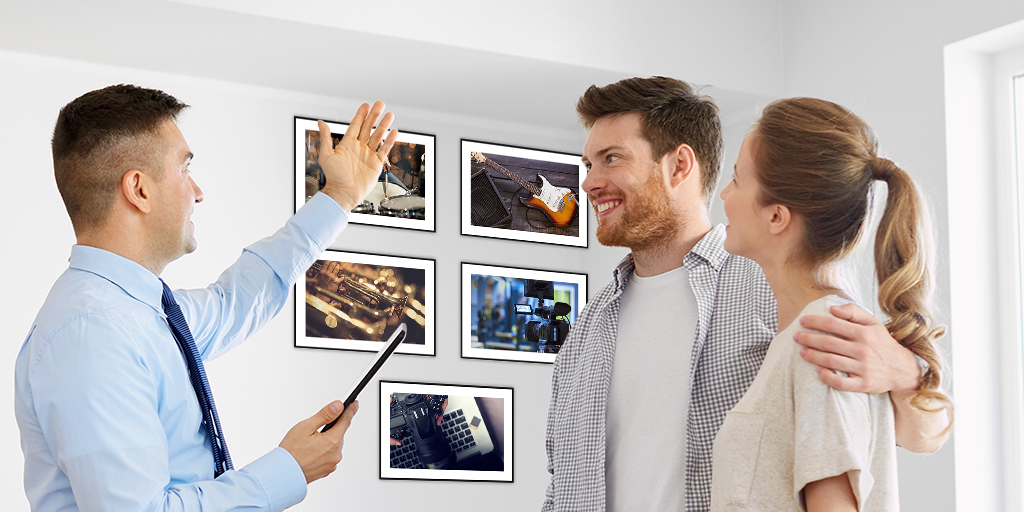 How being a REALTOR® opens doors to parallel passions

Many experienced real estate professionals like to take advantage of the flexibility of their profession to pursue a variety of unusual and interesting paths.

Built into the very essence of the job is an abundance of freedom that makes one’s commitment entirely self-determined. Real estate professionals have the option of working from home or away from the office, flexible hours, a rewarding work culture and career support, as well as being able to manage their own salary ambitions. Real estate is also a rewarding career because you’re helping people achieve their dream of homeownership, which is certainly inspirational when pursuing your own personal passions.

We spoke with five REALTORS®, some of whom you may recognize, whose artistic talents provide the perfect complement to their life in real estate and, on occasion, a parallel career.

Todd Talbot: Co-host of “Love It or List It Vancouver”; agent with Blu Realty 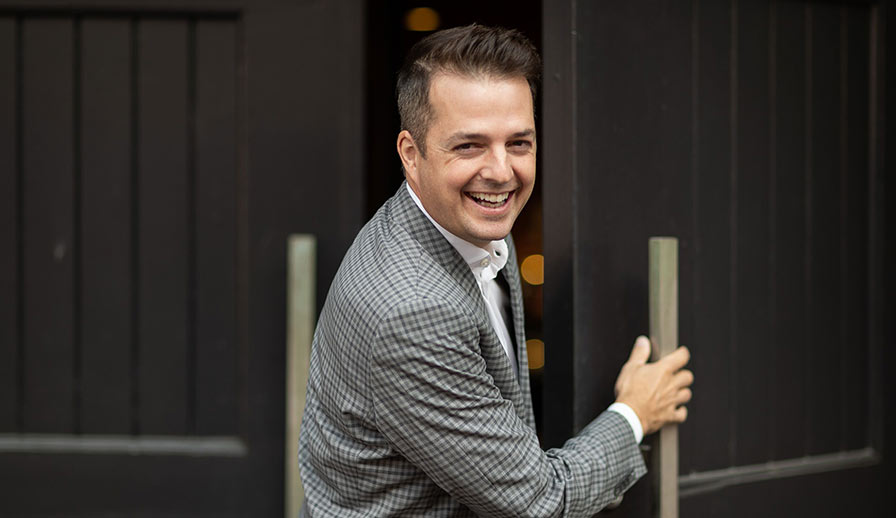 Vancouver’s Todd Talbot began his professional career as a performer in 1990, acting in 65 episodes of Nickelodeon’s teen drama “Fifteen” (titled “Hillside” when it aired in Canada on YTV). From there he travelled the world and spent many years honing his talents as an actor, singer and dancer. Meanwhile, his entry into real estate, which began almost 20 years ago as an investor, arose out of two needs. On a practical level, Talbot found he could create a “financial base that would allow me to continue to do the things that I love to do,” such as live theatre, films and television. On a personal level, the real estate profession had fascinated him since he was a child.

“My parents were very hands-on,” he said. “They built a house on Salt Spring Island (in British Columbia) when I was six. They were very involved in it, doing a lot of the work themselves. I always had this vision of buying older homes and fixing them up.”

This experience fostered an abiding interest in real estate; one that later saw two parallel careers profitably merge into one.

“I love real estate. I know it sounds kind of corny and cliché. What started as more of a personal passion blossomed into a business, and then a future television show. I had no intention of real estate ever really becoming a public thing that I was doing.”

For many years, the two careers took equal billing in his life. “I think the unique thing about my journey is they have lived kind of in parallel together — the world of real estate and the world of acting,” he said. “Side by side.”

Now the co-host of the successful series “Love It Or List It Vancouver” (with former “Bachelorette” star Jillian Harris) and an agent with Blu Realty in Vancouver, the 45-year-old husband and father admitted that having dual passions can be a juggling act, especially with a TV program that shoots year-round. As a result, he relies heavily on his team in maintaining a livable balance between his dual professional pursuits and his personal life.

“I’m a big proponent of teamwork in this industry,” he said. 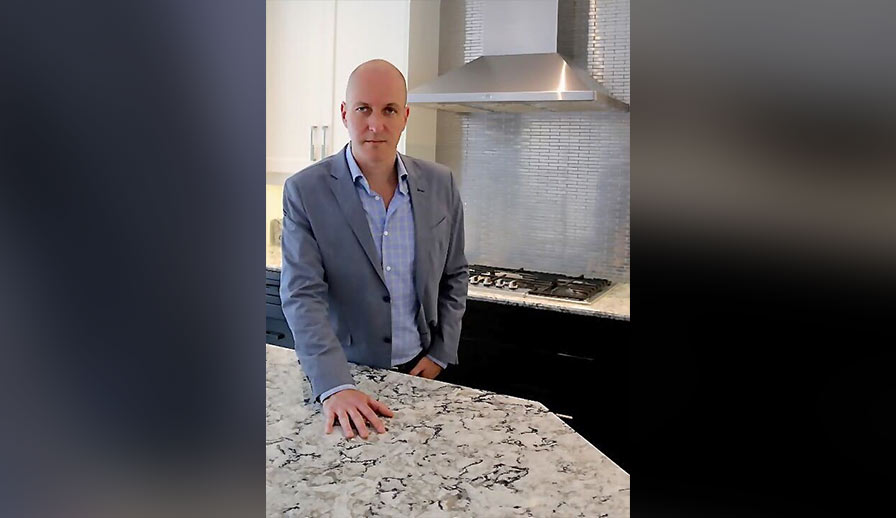 Dylan Wickens has been a real estate agent and REALTOR® in the Kitchener-Waterloo region in Ontario since 2009, but before that had been pursuing dual careers in the hospitality industry and as a professional musician. After discovering the rigours, not to mention the hours, of working in restaurants and bars made the situation untenable in the long run, he decided to enter real estate. It was a decision that was influenced in part by his father-in-law at the time, who had been a REALTOR® and salesperson in Toronto for decades.

Of the decision, Wickens said: “I imagined it would allow me some more flexibility to have my other life in music, because it’s always been a really big part of me. It’s not just a hobby; it’s a very serious hobby.”

Judging by recorded evidence captured on YouTube and a pair of albums (2010’s “Tattoo Black” and 2016’s “Hi-Lo Fi”) Wickens is being rather modest. Along with his band, the Grand Naturals, he has been twice awarded by the Toronto Blues Society, and is widely regarded as one of Canada’s top blues guitar virtuosos. 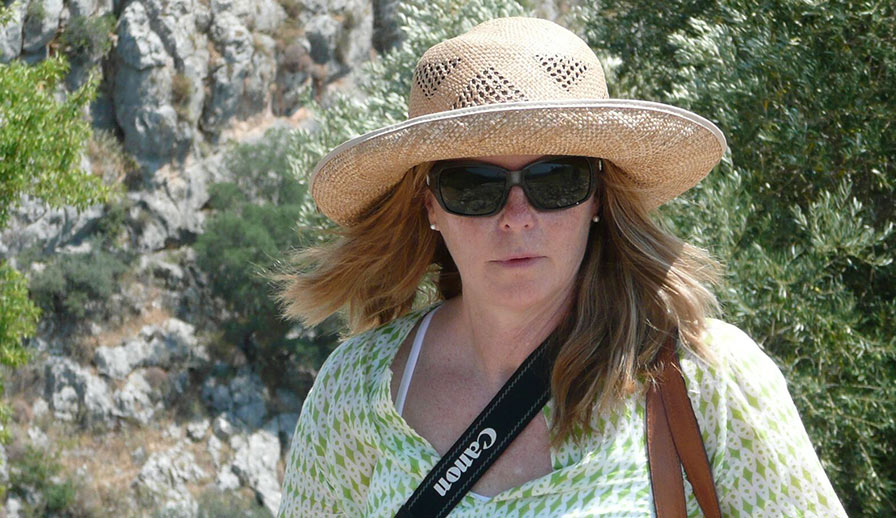 Originally from Lake Temiskaming, Ontario, Louise Vezina worked for many years as a teacher, during which time she carved out a parallel career as a professional photographer. Her success in the latter enabled her to retire from the former and eventually led to her entry into what is, for her, a family business. “I couldn’t wait to get into real estate,” she said.

Profitable work as a professional artist is largely project-based and, by definition, more sporadic. “It went really well with real estate because that’s kind of project work, too. So I thought it would be a good combination.  And it turned out to be really great for me,” she said.

Consequently, Vezina’s dual interests can coexist within what she calls “a natural flow,” wherein an expected seasonal drop in prospects enables her to transition into her artistic persona.

“A lot of times, in my real estate business anyway, I find summer is a time where I can have a holiday and it’s slower,” she said. And it is typically in this time she will pursue her art.

Vezina’s work has been shown in Montreal, New York, and Lima. Twenty of her works were purchased by, and are currently displayed within, the Canadian embassy offices and the Official Residence of the Canadian Ambassador in Ankara. Other purchasers of her work include the National Bank of Canada, Bank of Montreal and Inco Canada. 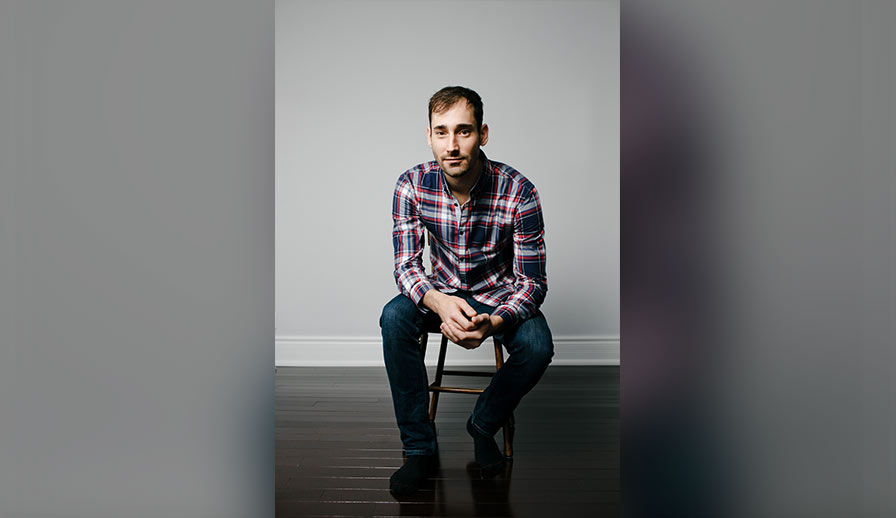 After playing drums in rock bands for many years, Peter Krpan got a taste of fame after the formation of Brampton, Ontario-based band Moneen in 1999. He contributed to the band’s first three albums, “The Theory of Harmonial Value” (2001); “Are We Really Happy with Who We Are Right Now?” (2003); and “The Red Tree” (2006) but left Moneen in 2008 to re-evaluate his career goals.

It was at this point he embarked upon a career in real estate, something that remains his main focus today. He serves as an agent in Toronto. While music continues to be an important part of his life (he rejoined Moneen in 2010, and has also started another band called Seas) Krpan has accepted that a young man’s tireless ambition for rock stardom has given way to the sobering responsibilities of adulthood. But there is still joy in playing music, even if the allure of superstardom has faded.

“Just like someone who’s playing softball on a Sunday: They’re not really aspiring to play in the major leagues,” he said, “I just play music now for fun, with friends.” 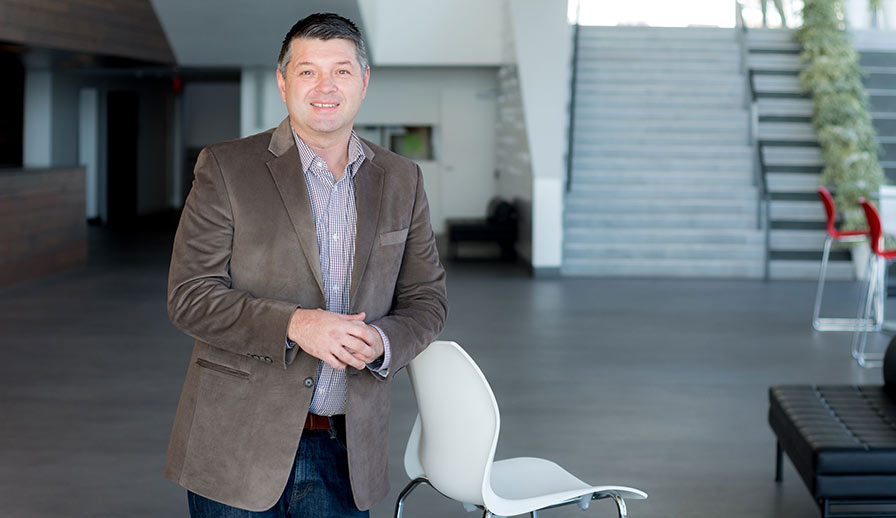 It was the study of music at Queen’s University that first brought Benji Perosin to Kingston, Ontario, back in the early 1990s. As a trumpet player, he made valuable connections and immersed himself in the local scenes both there, as well as in Toronto, where he lived for 10 years after.

For a man who has been nominated for a Juno Award, and played with such renowned Canadian names as Dan Aykroyd, Hayden, Sarah Harmer and the Tragically Hip, one would assume Perosin would have a highlight-filled musical resume at the ready.

“No,” he said with a chuckle, “I probably should put one together.”

Perosin contributed a trumpet solo to the video version of the Tragically Hip’s song “The Lookahead” and has played with members of the Hip on other projects.

Over the years, he’s found ways to combine his profession in real estate and passion for music,  by writing songs for listed properties. At this point, however, working in real estate, both as a broker and appraiser, has become his “main thing.” It also has additional benefits — flexibility and support.

“You set your own schedule,” Perosin said. “It’s not the same as if you worked in a corporate environment where you have to be there from nine to five.”

This freedom allows him to accept the occasional offer to play music in places like Edmonton without fear that his clients will be left in the lurch. And because he works with a great team whom he trusts and can look after things when he’s away, he is able “to go play out of town or go play a music festival for a weekend,” he said.

In each case, these REALTORS® stress the importance of keeping a healthy balance between their work/family lives — something that is made possible both by the flexible nature of the work, and technological advancements enabling them to keep apprised of sudden developments, even while focusing on other aspects of their lives.

The CREA Café team is responsible for the official blog of The Canadian Real Estate Association (CREA). The CREA Café is a cozy place for CREA to connect with our valued members and friends by sharing our thoughts and insights over a virtual cup of coffee.