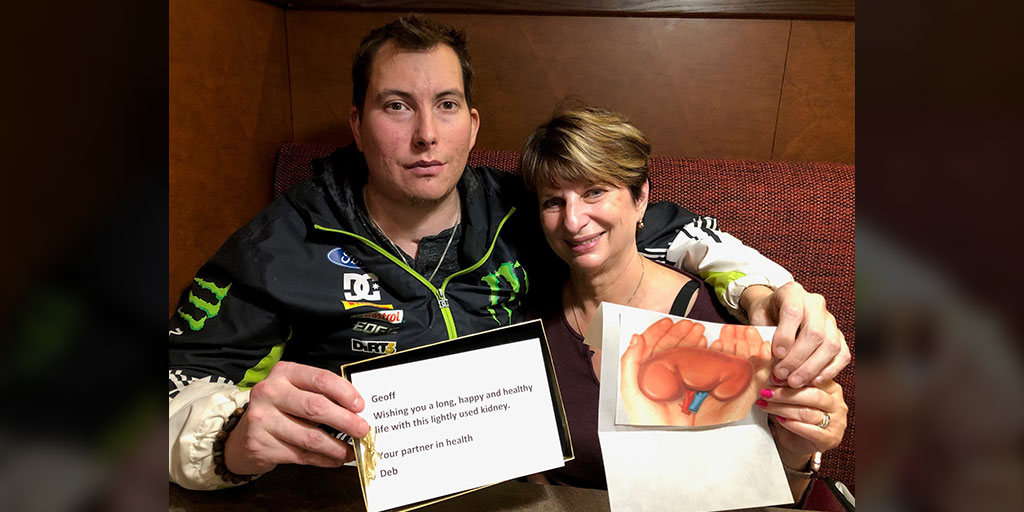 You wouldn’t know it by looking at Debi Pearce, but the REALTOR® and real estate salesperson from Maple Ridge, British Columbia, recently had a major surgery to remove a kidney⁠—one she selflessly donated to save her client’s son’s life.

“His story really struck my heart,” Pearce recalls. “Through no fault of his own, this young man had his life stripped away from him.

“I knew someone had to step up and it might as well be me.”

At 13, Geoff Dunsire experienced liver failure. By 25, he needed a lifesaving, full liver transplant. While the young man waited for a donor, his other organs started to fail and a blood infection that spread to his brain almost caused Dunsire to lose his vision. He was paralyzed from the neck down and physiotherapists said he’d never walk again. On three separate occasions his family was told to prepare for the worst, yet for each obstacle he faced, Dunsire persevered.

In 2018, just after his 30th birthday, Dunsire was told he needed a new kidney for a chance at a normal life, but because of complications from previous treatments he wasn’t eligible for a regular transplant, he needed a living donor, so the family went public with his monumental ask.

“I saw the story in the paper and having that connection of being his mother and father’s REALTOR® and salesperson just drew me in. I had started to get to know them well and we had all developed more than just a salesperson-client relationship,” Pearce says, mentioning how she has since been to their house for Christmas and Easter and considers the Dunsires her “west-coast family.”

She contacted BC Transplant in July 2018 and by the end of summer was in for her first round of testing. Unfortunately, she was told her blood sugar levels were too high and she was on her way to developing diabetes. Pearce changed her lifestyle and on the third round of testing done in March 2019, she finally got the OK from doctors.

Dunsire had a match. The towering six-foot-five man was saved by the five-foot-nothing REALTOR®. 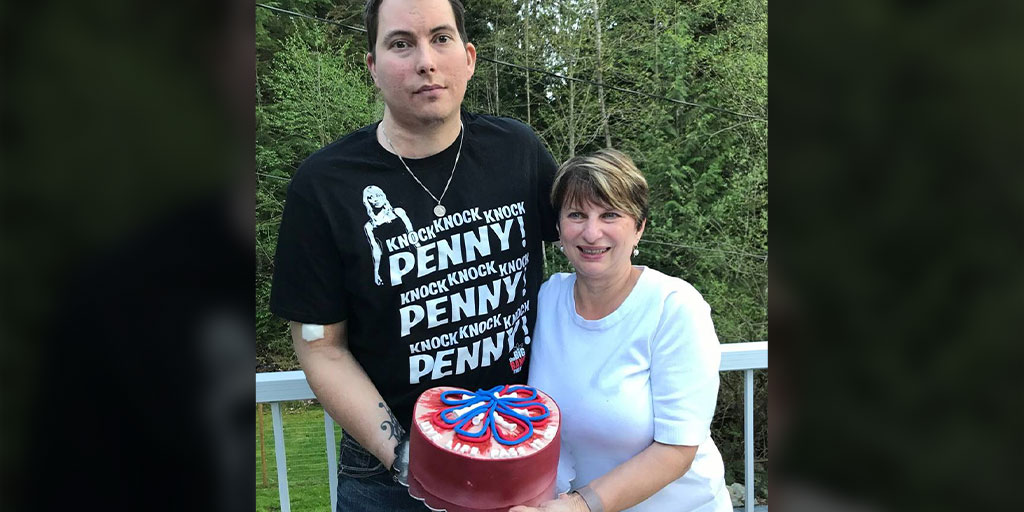 “I felt absolutely amazing and blessed and awesome and happy,” Pearce boasts. “It’s changed me in so many profound ways. I feel more positive about life and like I’ve found my own purpose for something.”

Following the successful transplant on June 19, Dunsire’s kidney function improved within three days—going from Stage 5 (kidney failure) to Stage 2 (defined by the National Kidney Foundation as a mild loss of kidney function). His creatinine levels (a waste product that comes from normal wear and tear on muscles) plummeted from 480 before the surgery to a healthy 118 afterwards. Within a few weeks his energy levels had rebounded so much, he was able to attend his one-year-old nephew’s first birthday.

“Today we can see the light at the end of the tunnel because of an incredibly selfless woman …” Dunsire’s mother, Tracey, told the Maple Ridge-Pitt Meadows News. “Debi Pearce is a wonderful woman with a heart of gold and she wants more than anything to help raise awareness for the need for donors.”

It just so happens Pearce’s kindhearted gesture was the 5,000th successful organ transplant in British Columbia and her act received a fair amount of media attention. Because of this, she’s focused on bringing attention to a cause she supports by encouraging others to become organ donors themselves.

The Canadian Transplant Society says more than 1,600 Canadians are added to an organ wait list each year and that 90% of Canadians support organ and tissue donation, but less than 20% have made plans to donate.

“It’s not a small ask, but I do ask my fellow REALTORS® across Canada to continue signing up as organ donors and give the gift of life,” she says, adding that doesn’t necessarily mean becoming a living donor, like her. “I think it’s just awesome that a part of you can live on and help others live their lives to the fullest. It takes two minutes to sign up and you can save up to eight lives.”

To celebrate the transplant, the Pearces and the Dunsires plan on taking a joint family trip together this winter to Hawaii—a place Geoff wanted to see before his kidney failed.

“I’m so proud I was able to offer his life back at 31. I’m 64, I’ve had the opportunity to do the things he still wants to do,” she says, adding, “they call me their Angel on Earth, you know? I feel extremely humbled by that.”