Haunted Canada: The most haunted dwellings across the country

This article was originally featured on REALTOR.ca’s blog, Living Room and is being shared with permission.

Whether you believe in ghost stories or scoff at them, there’s no denying some dwellings simply feel creepier than others. With Halloween fast approaching, it’s the perfect time to look at some of the most famous properties across Canada that have an eerie reputation. From hotels and restaurants to universities and castles and more, check out our spooky roundup.

Legend has it Acadia University in Wolfville, Nova Scotia is haunted by a 19th-century Baptist girl, among other ghostly apparitions. Students and faculty at have reported lights turning off and on, doors slamming shut on their own and even objects moving by themselves in the Seminary House’s campus. Some students even claim to have seen a young blond woman wandering around the rooms and hallways.

Guests have reported multiple hauntings from the Algonquin Resort hotel in New Brunswick, including a child who laughs through the halls, a woman who rearranges the place settings in the dining room and a watchman who jingles his keys through the stairwells. Rooms 306, 373 and 473 are specifically thought to be full of paranormal activity.

The Keg Mansion in Toronto, Ontario is rife with creepy Canadian history. Originally built in 1867 for the McMaster family, it was sold to the Massey family in the late 1870s. Since then, a lot of grim events have taken place over the years; the Massey’s maid reportedly hanged herself in the vestibule, Hart Massey’s daughter, Lillian Massey, became sick and passed away, and there was also a little boy who died after falling down the stairs. Guests have reported hearing children’s footsteps and seeing the ghost of a little boy on the stairs, as well as feeling sudden, random cold spots throughout the mansion, especially in the women’s washrooms.

Rumour has it the Old Spaghetti Factory in Gastown, Vancouver, has several ghosts who haunt the restaurant, including a red-haired man in the kitchen, a little girl holding a balloon who sits at one of the tables, and a conductor in full uniform who can be seen in the old tram car that serves as historical décor.

For over 100 years, the Ottawa Jail was a maximum-security prison that housed some of Canada’s worst criminals and even performed executions. In the 1970s, however, it was converted into a low-cost hostel that kept much of the original jail intact (guests can even sleep in their own “solitary confinement” cell). It should therefore come as no surprise that hostel guests have reported some rather creepy disturbances, including loud knocking and footsteps, as well as the ghost of a man holding a bible and staring at guests from the ends of their beds. Lonely Planet even ranked it the 9th-most haunted place in the world.

Victoria, British Columbia is home to a number of haunted locations, but Craigdarroch Castle is one of the most beautiful and eerie. Sitting at the top of a hill overlooking the city, Craigdarroch Castle’s current owners don’t acknowledge it’s haunted. However, TripAdvisor is full of reviews of scary sightings, including the ghostly apparitions of a little girl and a maid. Not easily spooked? Craigdarroch Castle is available for private events and can even be rented out as a wedding venue. 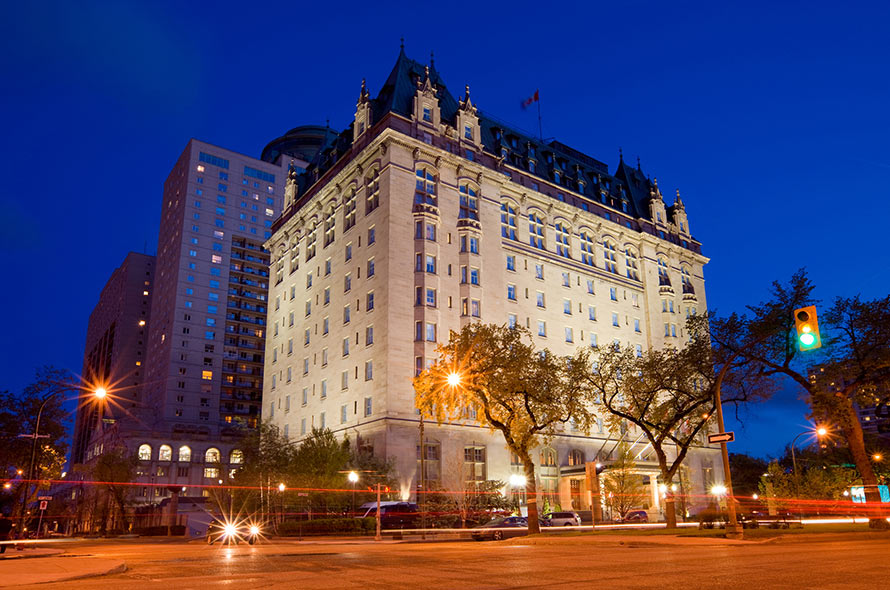 Winnipeg, Manitoba’s Fort Garry Hotel made national headlines in 2000 when then-Ontario Liberal MP Brenda Chamberlin claimed she had felt a “presence” in her bed while staying there for a caucus retreat. The entire second floor (and room 202 in particular) is reputed to be haunted, with some guests reporting waking up to find ghostly figures at the foot of the bed — often, of a woman dressed in a white period ball gown.