The sun is shining, the birds are chirping, but you have three upcoming showings, fifteen unread emails and an ever-growing to-do list.

While a career in real estate can be busy; often working evenings and weekends, it’s important to take some time for yourself. We’ve compiled a list of day trips in each of our country’s provinces and territories perfect for when you feel like you could use a spontaneous day off.

So, grab your sunscreen, jump in the car and explore one of these wonderful, nearby destinations. 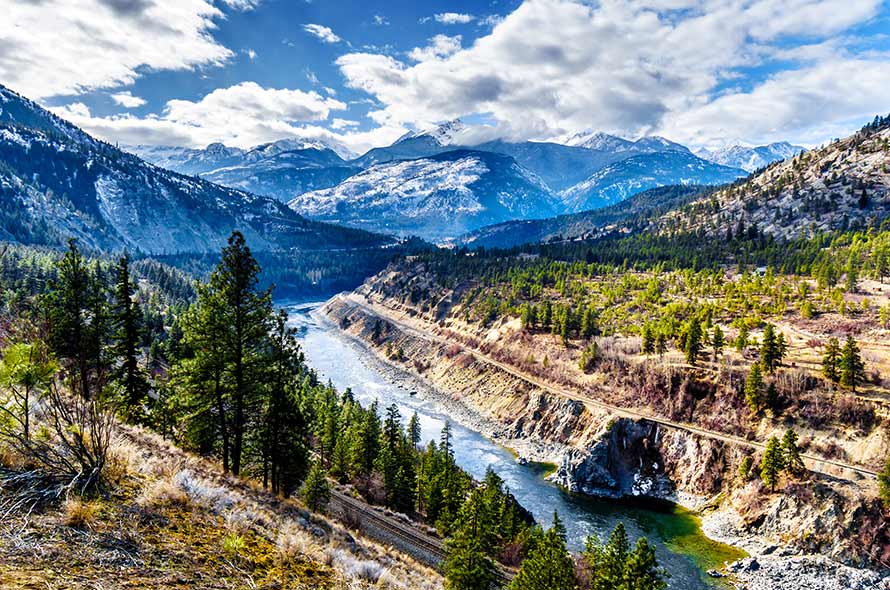 Fraser Canyon: Get a bird’s eye view of one of the most treacherous passages of the Fraser River aboard  the Hell’s Gate Airtram. While you’re there you can check out the suspension bridge, museum, observation decks and hiking trails. If you’re feeling extra adventurous you could also try one of the whitewater rafting expeditions. The Fraser Canyon is only two and a half hours east of Vancouver. 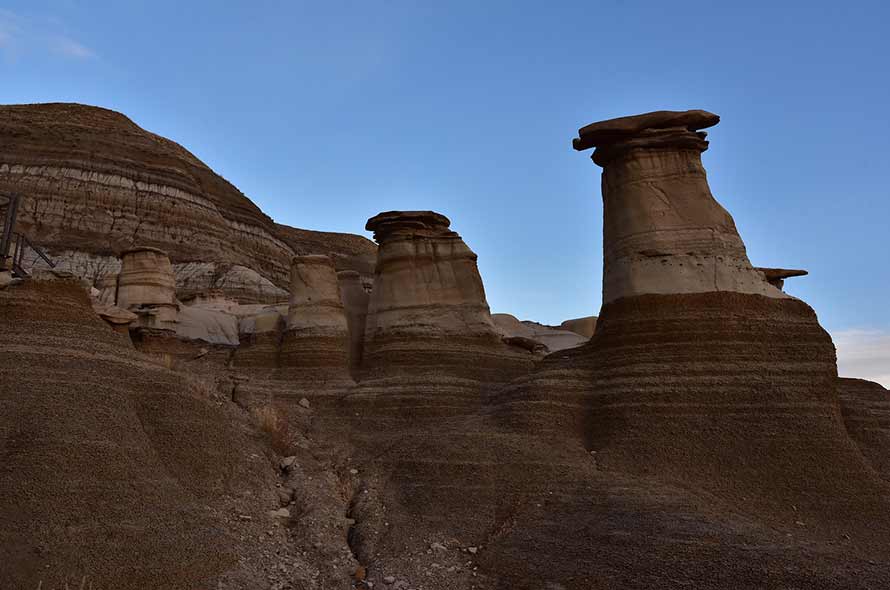 Drumheller: How could you not want to visit a place known as the dinosaur capital of the world? You can visit the World’s Largest Dinosaur, the Fossil World Dinosaur Discovery Centre or the Royal Tyrrell Museum, the country’s only museum exclusively dedicated to the science of paleontology. If dinosaurs aren’t your thing, don’t worry, Drumheller offers spectacular views of the Canadian Badlands. Lastly, enjoy hiking one of the trails at Midland Provincial Park, Atlas Coal Mine National Historic Site or Horseshoe Canyon. 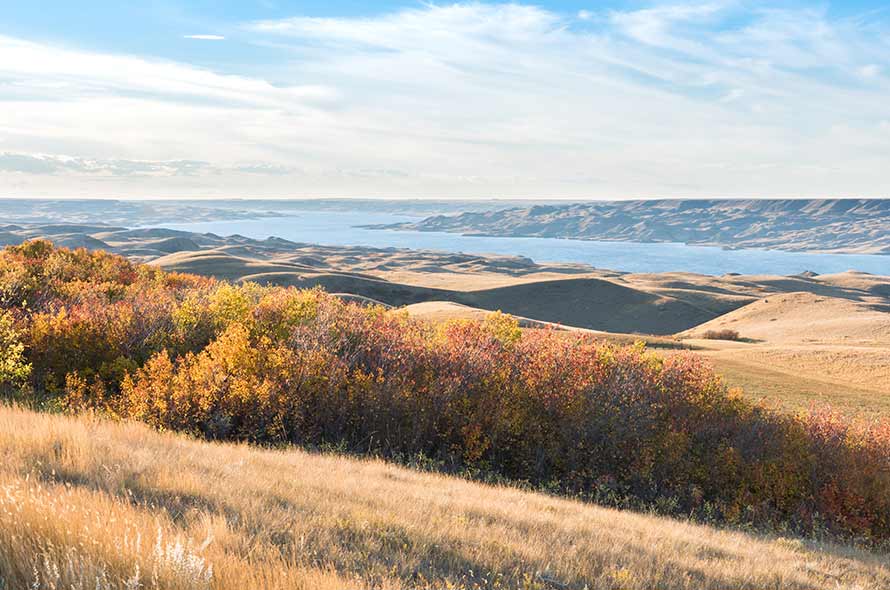 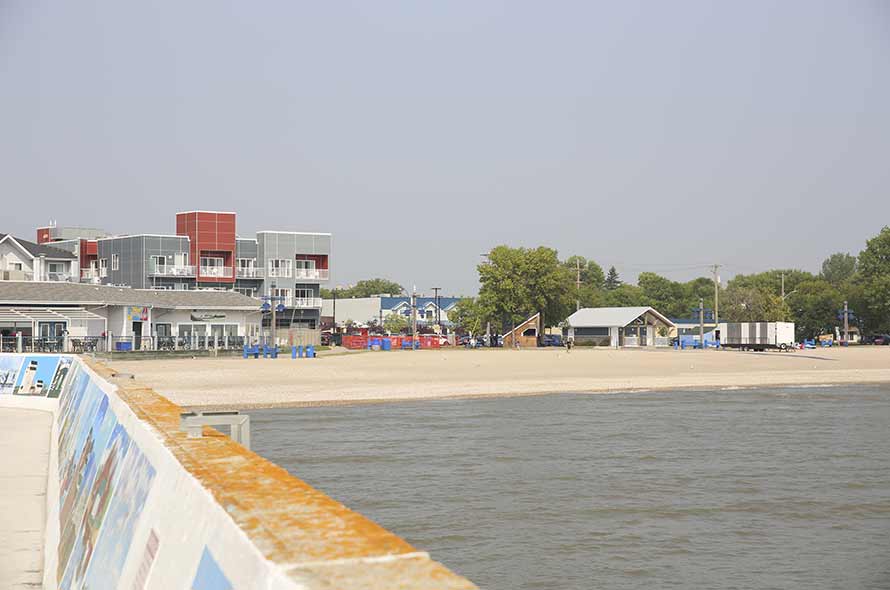 Gimli: If you’ve always dreamed of visiting Iceland, this just might be the next best thing. Located one hour north of Winnipeg, Gimli is said to be home to the largest Icelandic population outside of Iceland. You can learn more about the community’s roots at the New Iceland Heritage Museum or discover traditional Icelandic treats at one of the local shops. You can also unleash your inner Viking at Islendingadagurinn, an annual Icelandic summer festival. 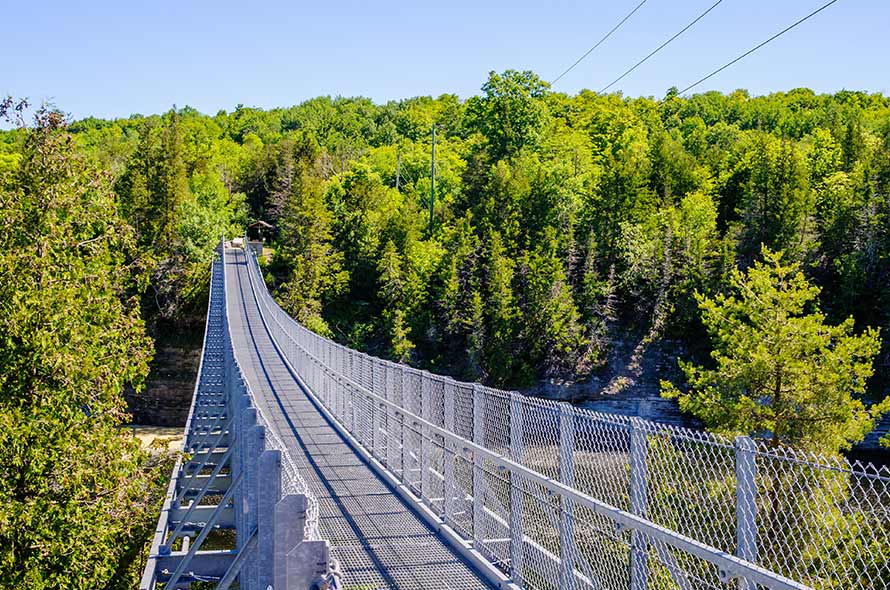 Ranney Gorge Suspension Bridge: Located on the outskirts of Campbellford, Ontario inside Ferris Provincial Park, the Ranney Gorge Suspension Bridge offers picturesque views of the Trent River and Northumberland County. The 300-foot-long (91 metres) bridge is located 30-feet (nine metres) above the Ranney Gorge. The bridge isn’t the only draw. While you’re exploring the area, take a hike one of the many trails, go bird watching, boating, canoeing or fishing. 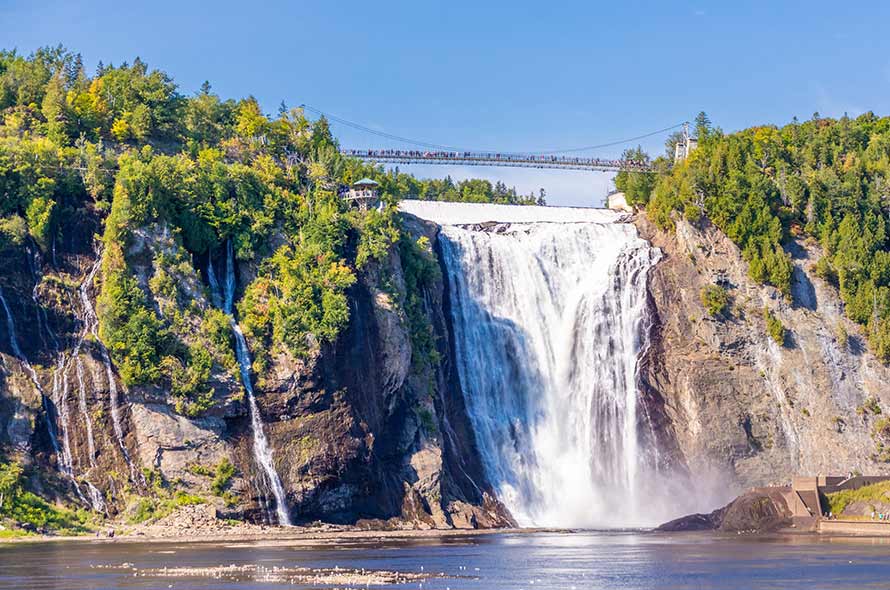 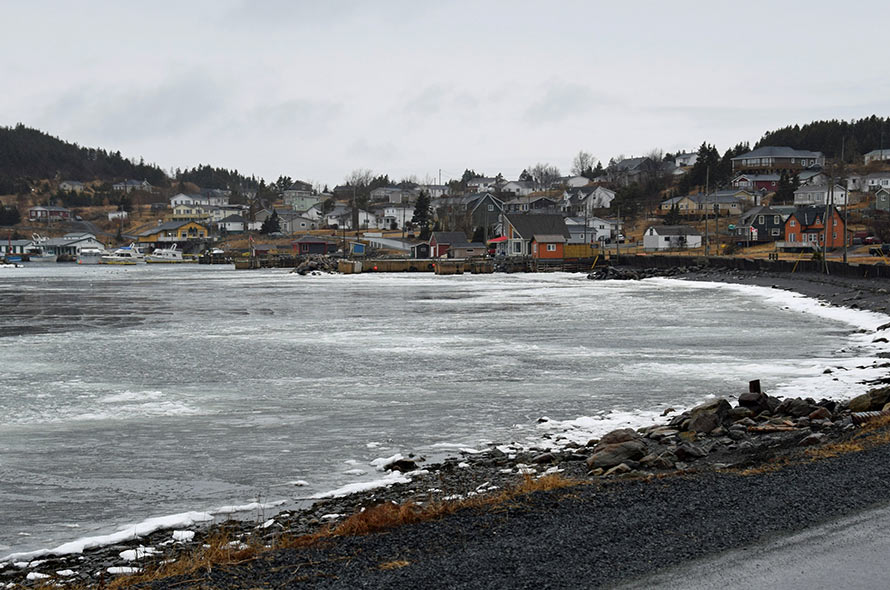 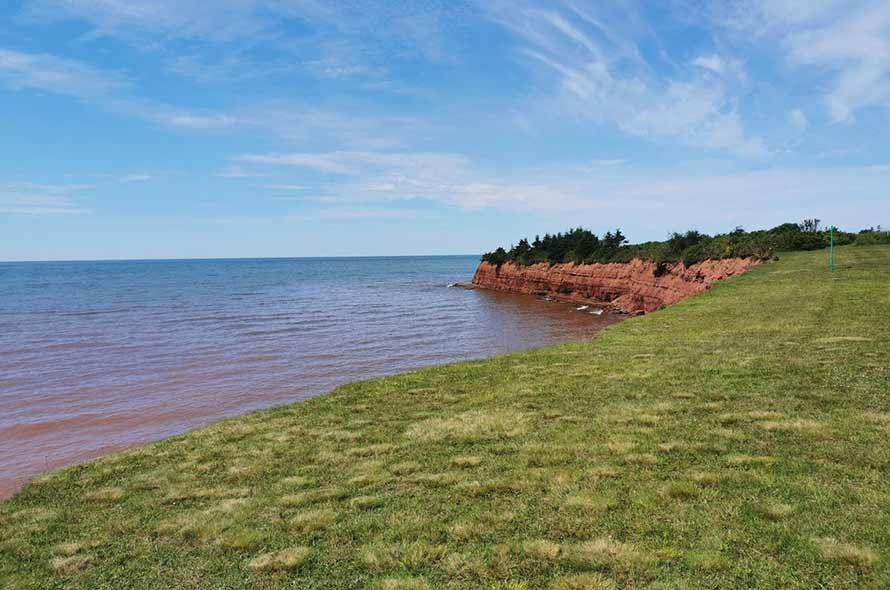 Argyle Shore: Argyle Shore is one of the most popular cottage communities on the south side of Prince Edward Island (PEI). Located in the Red Sands Shore touring region, Argyle Shore is home to quiet, scenic beaches with PEI’s famous red sand. If beaches aren’t your thing, there are plenty of hiking trails and picnic places nearby. Argyle Shore Provincial Park is located just 30 minutes outside of Charlottetown.

Lunenburg: With it’s narrow streets and unique architecture, Lunenburg is a must-see destination about an hour drive west of Halifax. Founded in 1753, the colourful buildings and distinctive waterfront of Old Town are the best surviving example of a planned British colonial settlement in North America. Lunenburg, a UNESCO World Heritage Site, is also home to the Bluenose II. A truly walkable town, you’ll find plenty of shops and restaurants to explore—most with ocean views. 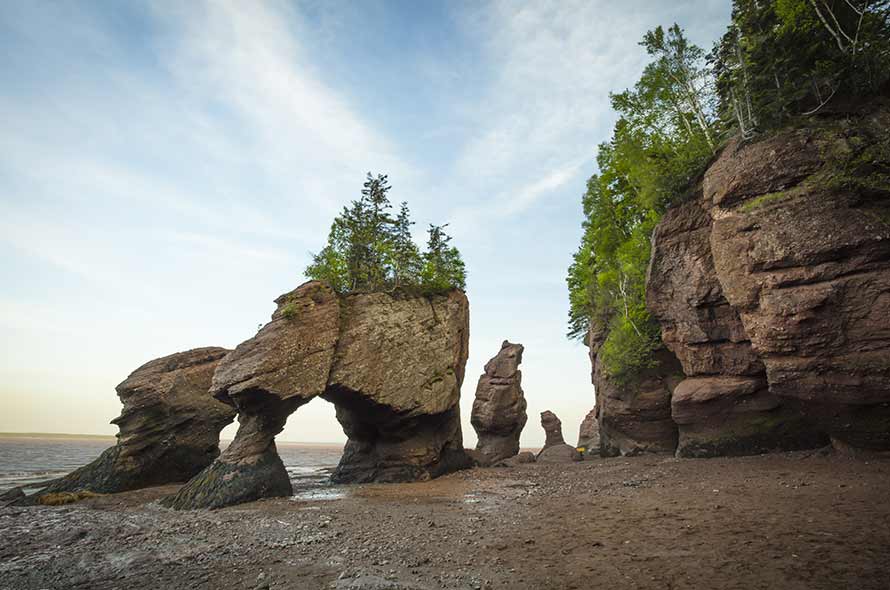 Hopewell Rocks and Cape Enrage: If you want to see a perfect example of the dramatic Bay of Fundy tides, head to the Hopewell Rocks. Here you can step on the ocean floor and look up to where the water was just hours before. The Bay of Fundy is home to the highest tides in the world. You can also catch phenomenal views of the changing tides from Cape Enrage’s towering cliffs and historic light house. If the views aren’t enough for you, you can also zip line, go rock climbing or enjoy a meal at the Cape House Restaurant. 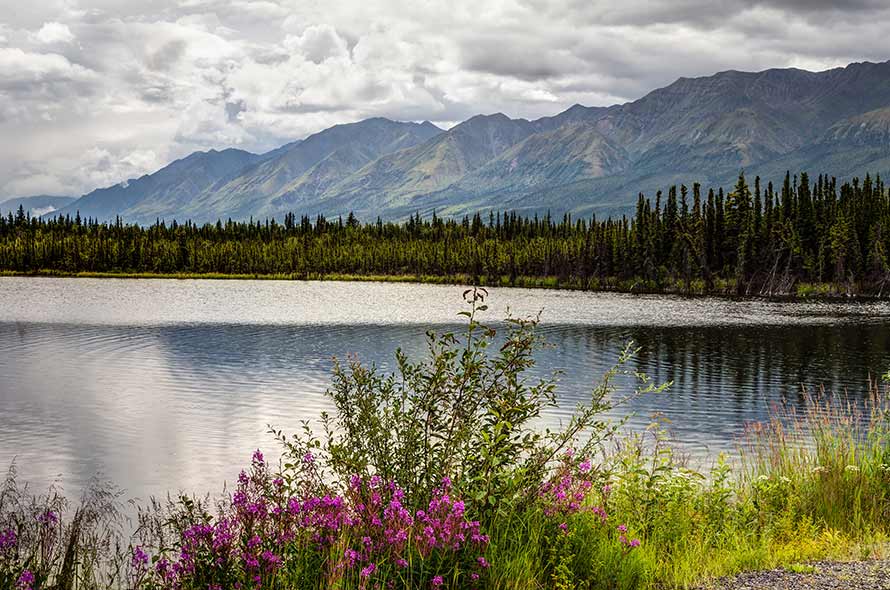 Haines Junction:  Surrounded by vast wilderness, Haines Junction is the perfect destination for any nature lover. While you’re here, visit Kluane National Park and Reserve, home to Canada’s highest peak, Mount Logan. Explore the mountains by foot or raft past glaciers on the remote Alsek River. If the great outdoors isn’t for you, visit the Da Ku Cultural Centre instead, which celebrates the traditions and culture of the Champagne and Aishihik First Nations. 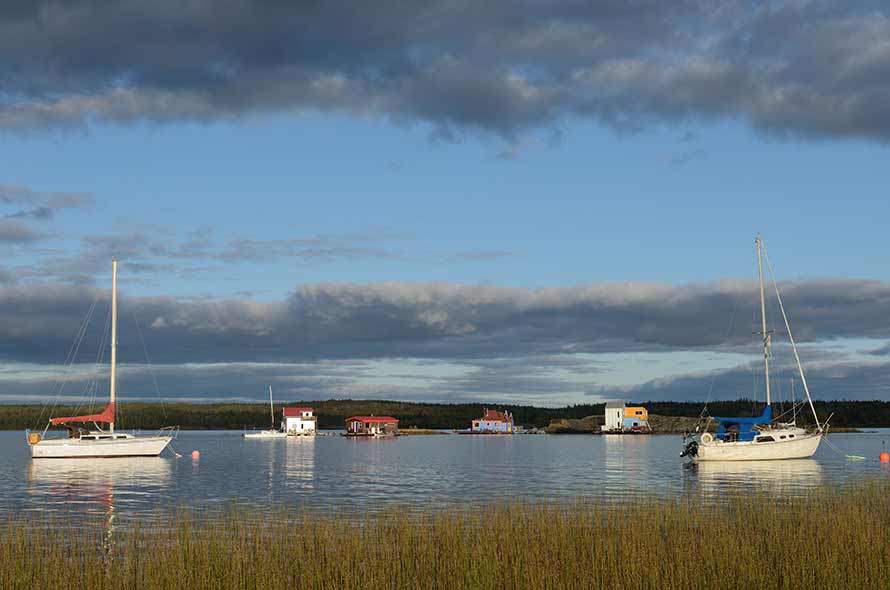 Behchokǫ̀: While Yellowknife is the capital and only city in the Northwest Territories (NWT), there are still plenty of other communities to discover in the North Slave Region. Behchokǫ̀ is the largest First Nations community in the NWT on the north shores of Great Slave Lake, about an hour north west of Yellowknife. Enjoy a picnic or a canoe ride along the idyllic creeks and rivers in the area. 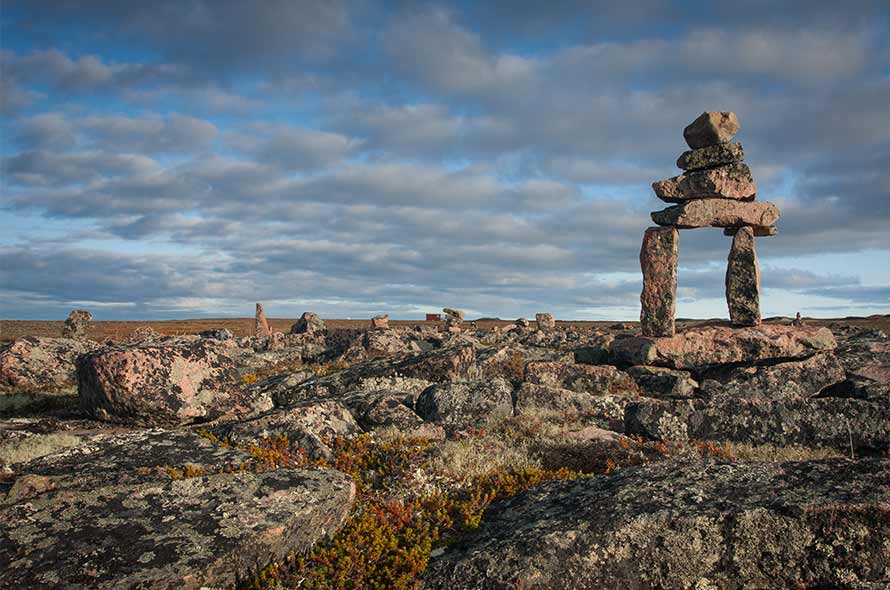 There’s one small problem with going on a day trip in Nunavut: there are no roads to Nunavut. The 25 communities in Nunavut aren’t connected by highways or rail. You can, however, visit by air or occasionally by ship. This may be better suited for when you do find time for a full-length vacation.

If you want to check out one of our day trip destinations, you better hit the road soon—summer is almost over.

Do you have a favourite Canadian day trip destination? Tell us about it in the Comments below.

Sarah Doktor brings her experience as a small-town journalist and national online editor to the Canadian Real Estate Association as a Communications Advisor. Sarah helps facilitate conversations between CREA and our members, boards, associations and the public via our online communities. She also helps coordinate the content presented to you here on the CREA Café. In her spare time, Sarah can be found at the gym, running on a trail or watching Netflix with her cat, Libby.

"There are currently fewer properties listed for s